My Idea for a Saturday Morning Cartoon 5 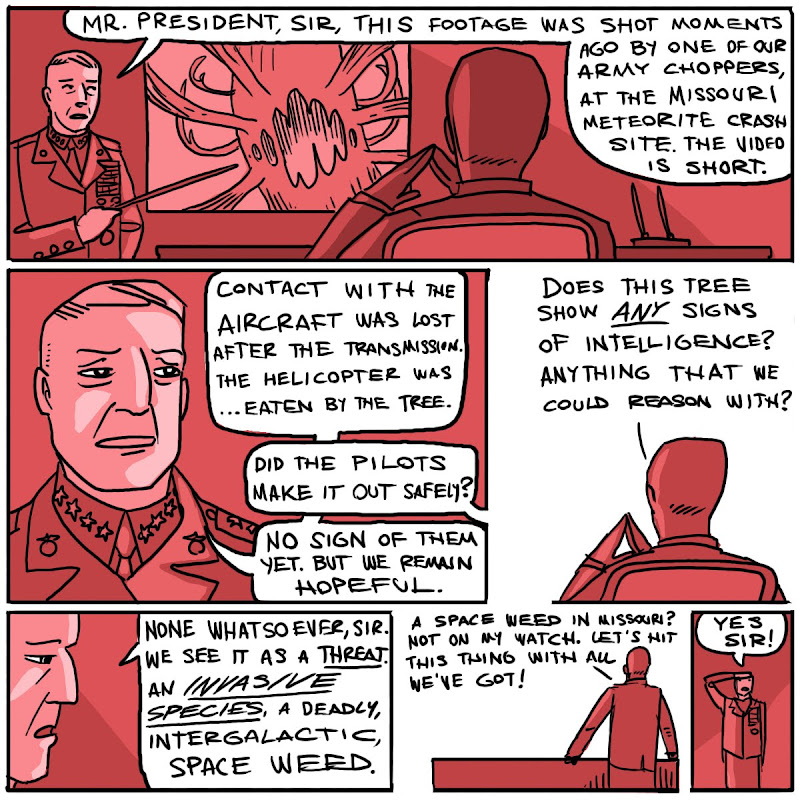 I smell a hero in our future... a hero by the name of Jack?! or else some intergalactic space giant is going to be shimmying down that space weed :). thanks!

Jack and the beanstalk has always been one of my least favorite tales, because the first version I read made it OK to steal from the giant simply because he was a giant. And then you get to kill him.
So if this ends up a retelling that fixes that issue for me, that would be great.

Golly Anon! I've never looked at Jack that way before. You're right! But that giant was grinding the bones of Englishmen to make his bread...

It is a giant Hannibaugh come to earth to convince the masses that the right to heath care is an evil plot to enslave them.

Holy smokes! I didn't even think of the Jack and the Beanstalk possibilities--I must still have Jack on the brain. Don't worry though, you'll get all the beanstalk action you could ever wish for this January (CALAMITY JACK--in stores in less than THREE MONTHS!)

DaNae, I have no idea what a Hannibaugh is, but it sounds HORRIBLE.

A Hannibaugh is horribly gruesome, large and loathsome, capable of the worst kind of mind control.

I rather enjoy this.