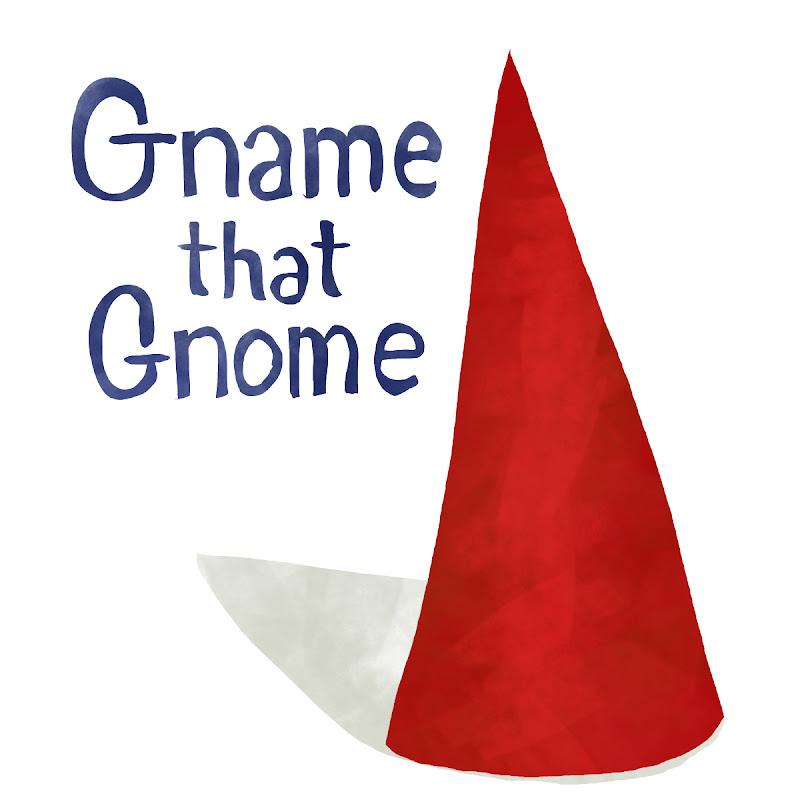 It's a new naming game! Last time we played "Name That Dragon." Now we are going to name gnomes--excuse me, Gname gnomes.
I was listening to an audiobook a few years ago and the reader pronounced the word "Gnome" as "Guh-no-may." It was an Ernest Hemingway novel--I wanna say Islands in the Stream. Anyway, a character in a bar was describing a short guy he considered to be a "guh-no-may." Does anyone know why someone would pronounce it that way? Is it the spanish pronunciation or something? Was he discussing a gnome or am I horribly confused? Anyway, I've always liked pronouncing it that way--try it, it's fun.
Gnome #1 appears tomorrow.
Posted by Nathan at 12:00 AM

Awesome. I love this game already.

So, it sounds to me like the reader just didn't know the word and assumed it was French because that's posh or something.
Just yesterday my family was listening to a Harry Potter audio book. It contained both gnomes and mispronunciations. At least, Jim Dale pronounces Voldemort, Vol-de-MOR. Is that the official way, and I just don't know it?

I think this will be a great game.

This looks fun! I love your title, by the way. It reminds me of when you find objects in some older video games. I can't quite place the exact game it reminds me of.... it's not Mario, but something similar...

My brother corrected me. I was thinking of Super Mario Galaxy. You've talked about playing Super Mario Bros Wii, but does this mean you're a S.M. Galaxy fan as well?

Ashley Whimpey: The One with the Fairy Dust said...

When I lived in Brazil there was a funny song by a popular reggae group. The song is called, "Eu vi gnomos" (Gee-NO-mos) which translates to "I saw gnomes." The next line says "Eu vi doendes" meaning "I saw trolls." I highly recommend listening to this song, because even without translation, it's hilarious. . .especially the chorus. The end chorus is my fave. Hopefully that answers the Gee-NO-may question.
http://www.youtube.com/watch?v=SD5PUMb9KDo