Name That Dragon! Round 1 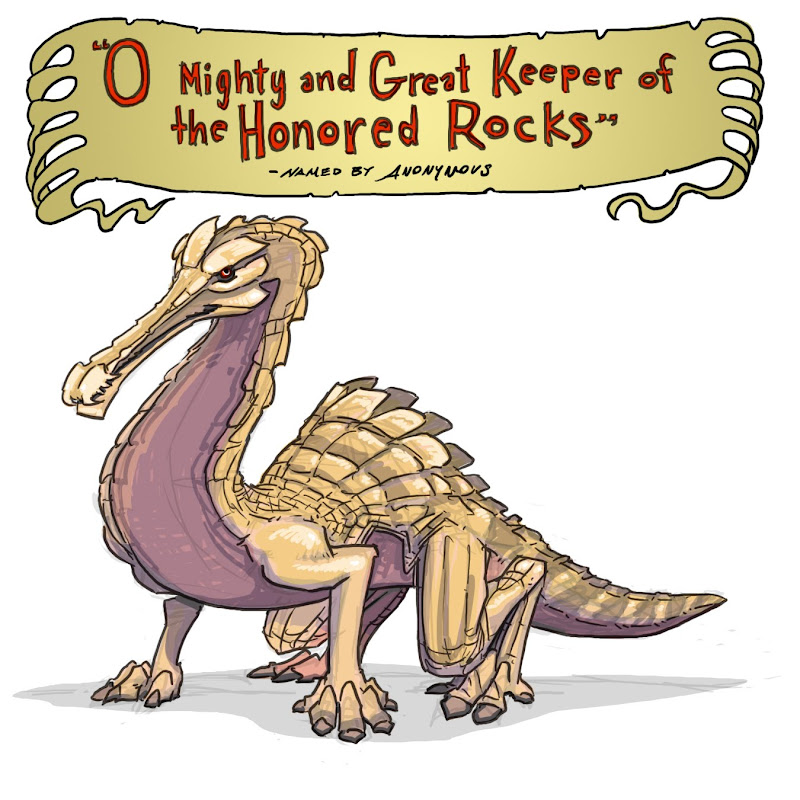 O Mighty and Great Keeper of the Honored Rocks

the one who sleeps beneath the mountain outside Cairo. Once a great pharaoh of Egypt in the first dynasty. His proper name is Denadjhib Semherqaa. Historians, who do not believe in dragons, mistake him as four separate pharaohs instead of one long-lived dragon. Now, he is remembered only in legend as Qaa, The One Who Sleeps. Perhaps he will awaken in our generation and bring back the glory of the pharaohs.

Wow! So many great names! You guys GET this game. Keep 'em coming. The winner will be announced tomorrow!

Apophis, or Sparky
Apophis is a name i made up and it sounds Egyptian or Sparky is cute and Loving! Nice Blog luv it!