On the Floor Part 3 "Bgaank" 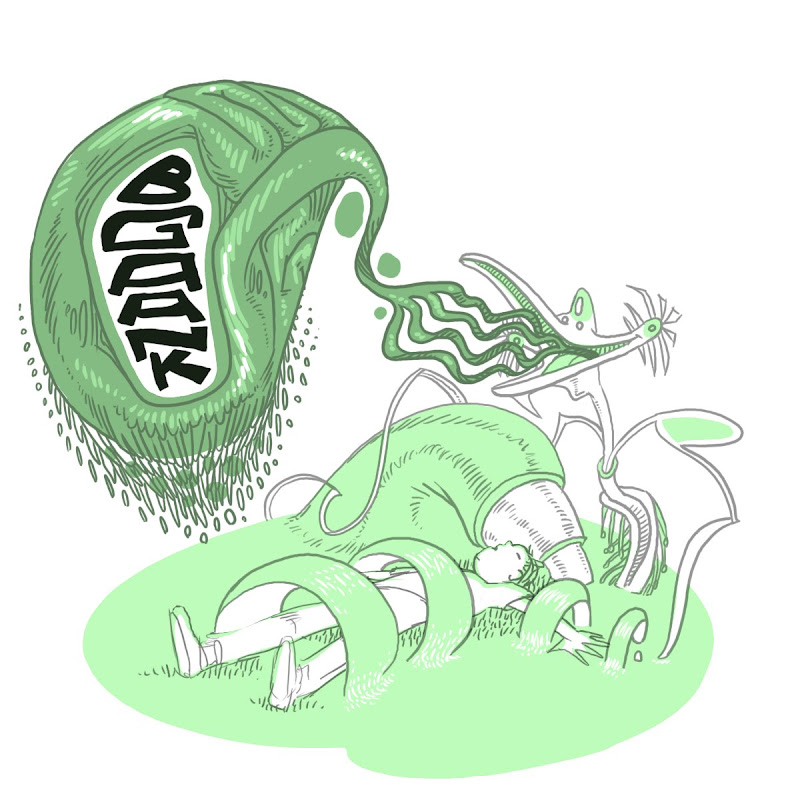 ....
Ew. It's like totally spitting up something. Gross.
....
I think it has namonia or however you want to spell it!
Someone get the medicine!

He's CUTE! I love the face. It's like the pterodactyl/bird-of-paradise plant.
Although, in the first one you said "floor" so maybe it is green carpet rather than grass. That would change my theory a bit.

Don't you ever vacuum?!

As he lay there contemplating the spectacular symmetry of the veins behind his eyelids, he felt a faint but somewhat menacing breeze intrude upon his solitude. Leaving his revere behind, his eyelids fluttered open only to see himself bound in a Cirque du Soleil costume with a giant Crest tube attacking his right ear. Looking up he could see something looming, something that gyrated and drooled, something that seemed to have nefarious designs on his Hush Puppies. What hideous threat did it pose to his fragile self? How would he ever escape? What would be the fate of his web comic site and his dedicated, if aimless, groupies be if he were slurped forever from the digital sphere of cyberspace?