Dinosaurs vs. Pirates: The Battle for the Night Before Christmas!

The same month Yellowbelly and Plum Go To School came out, Jane Yolen released How Do Dinosaurs Go To School. The Dinosaurs tromped all over us, that's a very popular, well-loved series.
Well, this year, I'm the one with the dinosaur themed picture book, The Dinosaurs' Night Before Christmas. 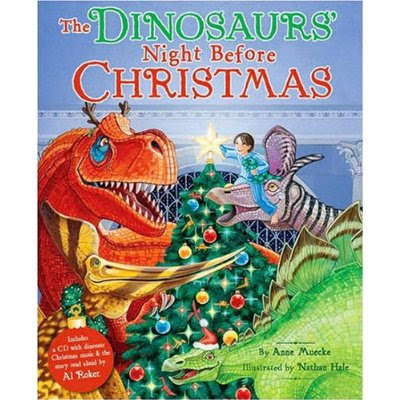 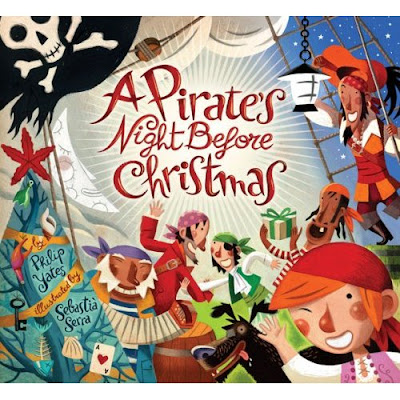 Another epic showdown. Those pirates look pretty cute. Who do you think will win the Battle for the Night Before Christmas?
Let's break it down.
Hmm. No clear winner. Are you like me? Kinda wishing they could BOTH be in one book?
Posted by Nathan at 8:34 AM

Are there any pirate museums?

I'm sure there are pirate museums--but not in my landlocked state. But we've got dinosaur museums like other states have WalMarts!

So, The vote here during post kindergarten rest time is...

Dinosaurs. Honestly. Without telling her that my cousin drew one of them, Emma voted and she's pretty smart. I asked her why and in her little girly voice she replied. "I like dinosaurs. I don't like Pirates." There you have it. From a girly girl. Just imagine how all our boys will vote. Amazing pics and we enjoyed the vid. Can't wait to get this new Nate Hale. We have em all. Good Job cuz!

Nate! Thanks for the Christmas present. I'm a collector.

Oh, and I polled my four-year-old girl. She also picked the dinosaur book from the front cover. Her reason was the blue bells. I think she means the glass balls on the Christmas tree. The love of shiny kicks in early.

Thanks for the dino-votes! (And the collecting!)

That cover has some good shiny stuff--I love the embossed title. Very nice.

I have to admit, though, all those cute pirates on the other book cover have me thinking about writing a pirate manuscript.