Some Jacks are more handsome than others

CALAMITY JACK has 144 pages. Minus the title, copyright and front material, that leaves 140. And this time out, I actually mis-numbered a page, so there's one less. So that's 139. Each page has on average 8 panels, that's 1,152 panels. Jack appears in 2/3rds of those panels. Meaning in the book, I have drawn and colored Jack 768 times.
When you draw a character that many times, you are bound to draw an ugly one here and there. We've all seen a few ugly Rapunzels in the pages of Rapunzel's Revenge.
But every once in a while, you get a really nice one.
Look at this handsome Jack. 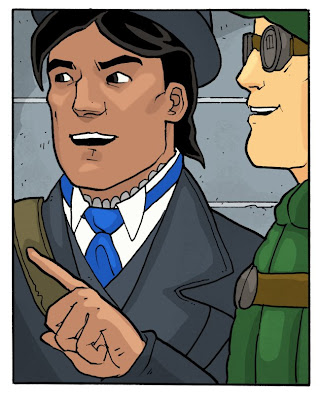 I'll make sure to post the next really ugly Jack I come across.
Oh by the way, Rapunzel's Revenge made the ALA "Notable Children's Book" list this year--and we're the ONLY graphic novel to make it! Pretty sweet! Rapunzel also made the YALSA "Great Graphic Novel for Teens" list. Great news!
Posted by Nathan at 2:18 PM 4 comments:

So I occasionally have to take breaks from the CALAMITY JACK forced-coloring-death-march. For things like sleeping, going to the bathroom, not eating, I can do that while I color. And every once in a while, I have to take a break to be a Dad and help my son do his homework.
He had to do a poster about the building of the Great Wall of China. So we spent the morning building this: 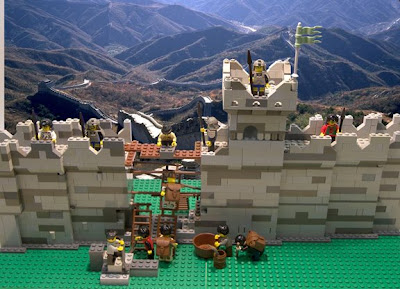 Yeah, we went a little overboard. I remember being in school and seeing the kids whose projects showed WAAAY too much parental involvement. And now I know what it feels like to be on the other side.
Posted by Nathan at 3:18 PM 4 comments:

Two fun images for you: 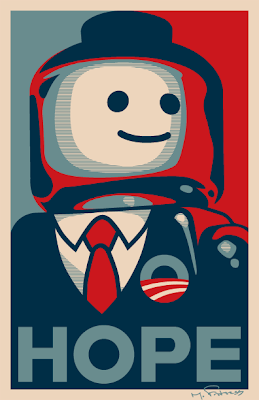 Thanks to The Brothers Brick (my favorite LEGO blog) for the link. This is the wallpaper on my laptop. I was visiting Westside Elementary School on friday, doing my illustration presentation, and all the kids cheered when this popped up before my Powerpoint loaded.
And some more fan art, this time from super fan, Max Hale! Here's Yellowbelly and Plum! 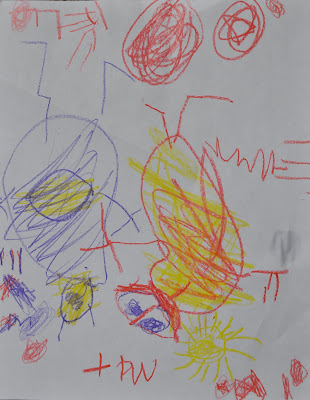 Hey! Why'd it post upside down? Oh well, it's kinda fun that way. Max is Shannon and Dean's little boy, and he once recited the entire text of Yellowbelly to me verbatim--that is a super fan!
Thanks Max! And thanks to Shannon for the link.
Still crushing out Calamity Jack pages around the clock!
Posted by Nathan at 10:57 AM 1 comment:

The final step, and another sneak peek at CALAMITY JACK 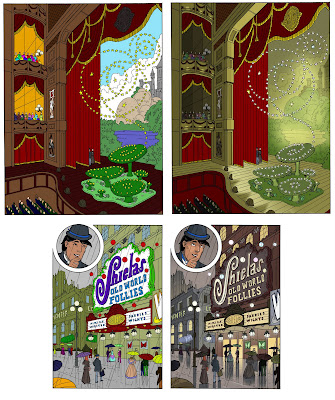 Here are a couple of panels from CALAMITY JACK, the forthcoming sequel to RAPUNZEL'S REVENGE. What you are seeing is the color mapped panel on the left, then the final color on the right.
We talked about the color map process a few months back, and the color mappers have done a fantastic job mapping out each page. I now have the task of changing the maps to the final color scheme, then adding highlights, shadows, a little texture and dynamic lighting.
Click on the image for a better view.
I've been doing this "Final Step" full time for the past few weeks, and I'll be doing it for a few more weeks. On a good day, I can do three pages. I once did four.
Actually, the real "Final Step" will be adding the lettering and sound effect lettering to the colored images. Well, on second thought, the "Final Step" will be the publisher formatting the pages for printing. On third thought--the "Final Step" on a book like this is cashing a royalty check. In that case, RAPUNZEL'S REVENGE isn't finished yet...;)
There are a lot of final steps.
Posted by Nathan at 1:53 PM 5 comments: 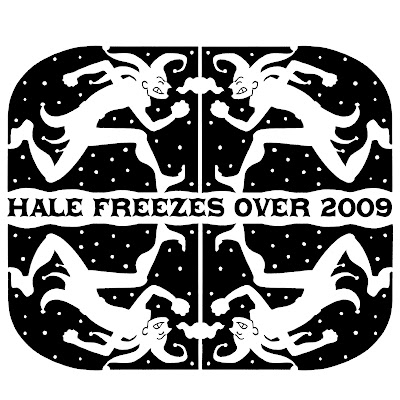 Hey everybody in the Provo, Orem Utah area! I know you've been dying to run 5 or 10 Ks! Well now you can! And for a good cause!
The Hale Center Theater Orem announces the first ever "Hale Freezes Over" race Jan. 31st. Call the theater for details (801)226-8600. It'll be a fun and freezing day, with both a 5K and a 10K race.
That's my logo up there. My parents own and operate the HCTO, which has provided non-stop live theater since 1990! Support live theater AND get fit! I'll see you there.
Posted by Nathan at 3:12 PM 2 comments:

These are from Grace, Isaac and Lily over at the Bookie Woogie blog--check it out, it's a terrific book review blog! I asked permission to post these back in December, but since I was stuck in the middle of the Dino Advent, I had to hold off. Great drawings though, huh?
I love fan art--LOVE it. I will post anything anyone sends me. I can't get enough of it!
Posted by Nathan at 11:18 PM No comments:

RAPUNZEL'S REVENGE made a couple of "Best Books of 2008" lists!
kidsreads.com and teenreads.com.
Thanks everyone at the 'reads.com sites! Kids and teens! Wa-hoo!
Posted by Nathan at 11:44 AM 3 comments:

The hours are long during this CALAMITY JACK Marathon. I start work in the morning, and then grind on into the night. If I finish that day's page goal, I'll allow myself a little treat, in the form of a little XBOX 360 gaming with my son (unless he's already gone to bed--a lot of days I don't finish until the AMs.)
Lately I've been playing Left 4 Dead, the co-op zombie apocalypse shooter, online with the nightowls on XBOX Live--it is SO much fun, and I'm not even very good at shooters. It's the most fun I've had in a game in ages. I'm like a giddy 11-year-old playing Super Mario Bros. 3 for the first time.
Then this happened: 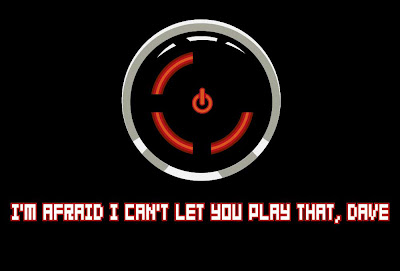 XBOX owners will recognize the "Red Ring of Death" the blinking lights that tell you your machine is busted. Fortunately, the people at Microsoft have got me covered, and my machine's off for a repair, it'll be gone approximately a month.
Even my XBOX Elite 360 knows that no non-CALAMITY JACK activities are allowed in the month of January.
Hurry up and get fixed little pal...
[UPDATE] Adding insult to injury, the day after my XBOX died, my favorite gaming network, 1UP, died. Boo-hoo. 2009 is a horrible year for gaming. 8(
Posted by Nathan at 4:18 PM 1 comment:

Check. This. Out.
Awesome right? This is from Marcus Aurelius, who is a fantastic animator! I've watched this at least 17 times, and it keeps getting better!
Shannon and Dean already announced this on their site, but I thought I'd do it here as well.
The Rapunzel's Revenge Book Trailer Contest!  Jump to Squeetus for all the info!
I can't wait to see what people come up with. I may even make a video myself...
Posted by Nathan at 5:13 PM No comments:

January is OFF LIMITS!

Ahhh, it's a fresh new year. 2009! Thanks to everybody who followed the Dino Advent. It was a lot of fun, it got me thinking about the possibilities of posting more on this site. I even toyed with the idea of doing a drawing-a-day type of thing. The idea's not off the table yet, it's definitely something I'd like to try, but if it happens, it won't happen this month.
JANUARY IS OFF LIMITS TO ALL NON-CALAMITY JACK PROJECTS!
That's right, Calamity Jack is in the final stretch--actually, I'm past the final stretch, and am now in overtime. The book was supposed to be wrapped up in December, but since the drawings are 140% better than those in Rapunzel's Revenge, I had to beg an extra month.
I'll still have a post or two to make, I also have plans to revamp the look of the blog soon. So big things will happen at the station...just not during January.
Posted by Nathan at 7:51 PM 3 comments: